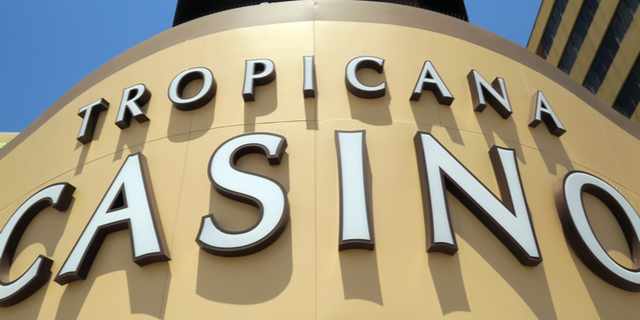 The transaction is expected to close later this year with Eldorado Resorts taking over casino operations. However, that won’t happen before Tropicana Atlantic City has the chance to reopen the recently acquired and renovated Chelsea Hotel and unveil improvements made to its South Tower.

Plus, Tropicana is giving patrons plenty of opportunity right now to take advantage of some great promotions.

Tropicana acquired the Chelsea Hotel, located directly across the street on Morris Avenue, in July 2017. Since that time, Tropicana has renovated the property, turning it into The Chelsea Tower hotel rooms. Tropicana now says it’s ready to debut the Tower in time for Memorial Day Weekend.

Improvements at The Chelsea include:

More than $200 million in upgrades, renovations, and enhancements have been made at Tropicana since the property emerged from bankruptcy in 2010.

It now features just under 2,400 hotel rooms, the 200,000-square-foot entertainment complex The Quarter, 26 restaurants, 25 shops, 20 bars and lounges, four pools, an IMAX Theater, and a spa.

The South Tower guest rooms and suites were also upgraded in a renovation this spring.

Tropicana will host a celebration to unveil the newly renovated South Tower and the official opening of The Chelsea Tower on May 24. All the new amenities will be open to the public and resort guests starting Friday, May 25.

Tropicana is also hosting various Memorial Day Weekend celebrations, including a Boardwalk Block Party and fireworks on May 26.

In the meantime, anyone interested in seeing the new additions to the property in advance can do so by taking advantage of one of several promotional overnight accommodation packages available to the public.

The Boogie Nights Chelsea Tower Weekend Package is valid Fridays and Saturdays through May 25.

The package includes accommodations in an upgraded Chelsea Tower Ocean View King Room. This additionally includes complimentary admission for two to the Boogie Nights nightclub. Rates start at $129.99 on Fridays and $239.99 on Saturdays, plus taxes.

Plus, the Newly Renovated Havana Tower Overnight Package is available Sunday through Saturday until May 31.

The package features accommodations in the, you guessed it, newly renovated Upgraded Havana Tower Room. Plus, there’s a $15 food and beverage credit valid at Tropicana-owned outlets. Rates start at $89.99, $209.99 on Fridays and $359.99 on Saturdays, plus taxes.

Finally, the Newly Renovated North Tower Overnight Package is available Sunday through Saturday until May 31. (One guess where those accommodations are.) Then, don’t forget the $20 drink credit valid at Tropicana-owned outlets. Sunday through Thursday, rates start at $89.99.