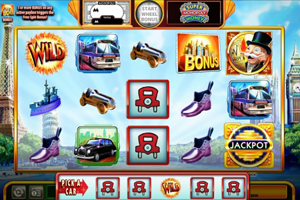 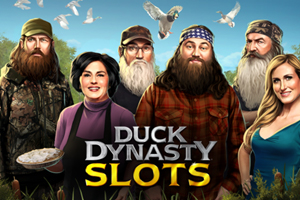 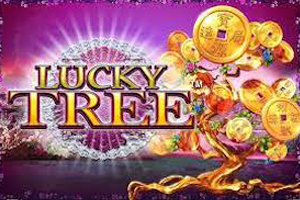 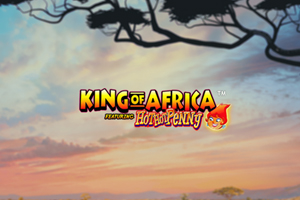 Heavenly Riches is a 40-line, five-reel slot from Bally Technologies. Bally has been producing slots games for US casinos for over 60 years, making it one of the oldest slots developers still in the business. Bally joined the Scientific Games group in 2014.

Heavenly Riches is a Chinese-themed slot with progressive jackpots of $10,000 or more and bonus free game features. Unlike many of Bally’s games, it is not available for online play. Interested players need to visit a land-based casino to give this title a try.

Oriental and Far Eastern-themed slots are always popular among US casino customers. You’ll see plenty of games with this theme on casino floors from Vegas to New Jersey.

Heavenly Riches is just one example. Bearded emperors, tea urns, dumpling dishes, Ying Yang symbols, and red envelopes are examples of the Chinese iconography you can expect to see on the reels here.

Alongside them, you’ll find the standard slot symbols, such as the letters J, A, K, and Q as well as the numbers 9 and 10.

The number eight has long been considered one of the luckiest numbers in Chinese folklore – a well-known fact around the world. Why Bally chose not to include the number here is a mystery and a missed opportunity.

Ringing bells and bobbly-headed emperors hardly make for the most innovative visuals out there. It seems Bally were happy to tread a safe but well-worn path with Heavenly Riches.

This can also be heard in the music, which is about as noncommittal as it gets. We muted it quite quickly and saw other players doing the same.

Heavenly Riches players don’t make bets on each of the slot’s 40 paylines. Instead, they make an overall bet per spin. This goes between $0.40 and $400, which is a top-level bet range that provides something for everyone – from the highest rollers all the way down to penny slots players.

This is comparable to the biggest bet ranges in Bally’s online slots collection.

Heavenly Riches offers auto-spin, which is a feature is always appreciated by the most dedicated and experienced players. Users can set this feature to ten, 25, 50 or 100 spins. They can also configure it to cut off at a particular win, loss, or overall spend.

There’s one set of jackpots in Heavenly Riches, with two ways to reach the top prize. All of the jackpots are progressive, at varying rates.

You can reach the jackpots by:

The jackpots are displayed at the top of the screen and go higher the more Golden Dishes you pull. They start at around $50 and go up to around $20,000 or more when nine dishes are pulled. However, they are progressive, so they could easily be higher or lower than that at any point.

Reel in the double Red Envelopes, and you’ll win all the jackpot prizes added together. However, note that those symbols only have the chance to appear on a maximum bet spin.

Heavenly Riches doesn’t include a lot of extra ideas or bonus rounds. There are only two jackpot symbols, one free spins symbol, and one Wild. Moreover, only one (fairly standard) bonus round doesn’t cut it in today’s competitive slot market.

There’s only one type of bonus round available here – the Emperor’s Free Spins. Pull three or more of the smiling emperors on any spin to unlock between five and ten free spins of the main reels.

In Heavenly Riches, however, you can win more free spins to extend your round. Pull one more Emperor symbol during your run to unlock another free spin to add to your total.

These can build up quickly – we’ve seen up to six more free spins pulled on a five-spin start.

The only Wild Symbol here is the Yin-Yang. It doesn’t offer anything other than operating as a standard Wild symbol to replace any other icon in a winning line.

You won’t see any of the clumped or scatter features involving Wilds that you might find on many other Bally titles.

There are three scatter symbols you might see on the reels when playing Heavenly Riches. These are:

The Golden Dishes are for the jackpots, as described above. The Smiling Emperors grant you access to a round of free spins and the possibility of winning more free spins on top.

Red Jackpot Envelopes award the games’ top prize but are only seen by players who make the maximum bet.

As a comfortable slot theme without too many mechanics or bonus games to worry about, Heavenly Riches should interest casual or less-experienced slots players.

However, the high maximum bet and auto-spin functionality may also make this slot engaging for serious or high-budget fans. Overall, the game has a wide range of appeal.

Fu Dao Le and Lucky Tree are two very similar slot games from Bally. They are both Chinese-themed titles and feature similar iconography and music.

However, Lucky Tree, in particular, is more involved and offers a wider range of features. They are both also playable online, unlike Heavenly Riches.

Relatively Simple: With only a few scatter symbols and one bonus round, this slot shouldn’t be hard to grasp for anyone. Players should be able to easily follow the action.

Great Bet Range & Auto Spins: $400 is a maximum bet not to be sniffed at. However, penny slots players will also be happy here as the betting starts at $0.40.

Fairly Low-Value Jackpot: Although the jackpot is progressive, which means it can go very high, all the evidence points to the jackpots at Heavenly Riches never reaching huge heights.

Additionally, there’s only one way to win them for players betting under the maximum bet. This is a big blow to the jackpot value for most players, let alone budget bettors.

Tired Theme: Even Bally themselves have two or three Chinese-themed games on the market already. There must be dozens available across the US if you include other big slots developers.

While we’re sure this theme can be done well, developers need some innovation and fresh takes to bring a game with a common theme into the top-tier.