Dangerous Beauty is a five-reel, 40-line slot that revolves around a female assassin. It was released by High 5 Games in 2011 and continues to be featured in online casinos today.

This game has a dark-and-mysterious theme that’s punctuated by a katana-wielding beauty and lurking jungle cats. It also feels like the TV series Alias or La Femme Nikita because the assassin wears different disguises in three separate symbols.

Dangerous Beauty features a realistic setting and symbols. The background is a photograph of a small Asian village at nighttime. Lush vegetation, trees, pagoda roofs, a bridge, and a moon can all be seen behind the reels.

The symbols aren’t real photographs like the background, but they still look authentic. The assassin appears as three symbols, each one distinguished by her outfit and disguise. Her multiple looks include dark hair with a red kimono, dark hair with a black kimono, and silver hair with a black dress. Other symbols include a jade dragon figurine, black panther, leopard, Dangerous Beauty logo, A, K, Q, J, and 10.

The theme is ambiguous and leaves part of the story up to interpretation. The woman is clearly an assassin who’s skilled with a sword and disguises. However, some confusion comes in with the leopard and panther. Perhaps the lady can communicate with these beasts or morph into them when needed.

High 5 did an excellent job with the graphics; plenty of detail can be seen in the assassins’ various looks and jungle felines.

The music that plays while the reels spin is generic. However, you can look forward to unique sound effects during wins, including the woman’s sword slashing and the cats growling. Most of the animations during payouts involve sparkles floating around the winning symbols. 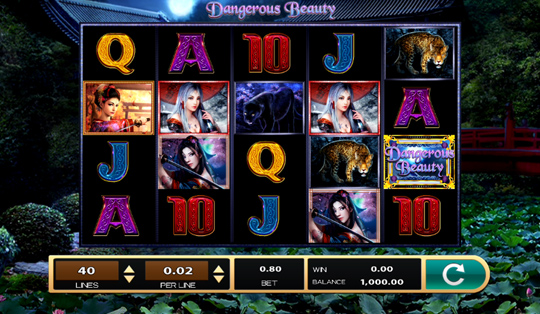 The betting options differ based on whether you’re playing in free or real-money mode. The 40 lines are fixed in free mode, but you can change the bet per line from $0.02 to $5. These options create a total betting range of $0.80 to $200.

Unfortunately, Dangerous Beauty is lacking in other options. You can turn the sound on and off, but other helpful features, such as autoplay and quick spin, aren’t available.

The return to player (RTP) is 96%, which is high compared to other slots. The volatility is lower than average, and we experienced many wins during our session.

This game only offers non-jackpot prizes. The highest possible payout is just $3,000, which is awarded for hitting five Dangerous Beauty logos on a $3-per-line bet. All other payouts are incredibly low in comparison to other online slots.

What jackpots are available in Dangerous Beauty?

This slot doesn’t offer a jackpot. Its highest payout is 1,000x the line bet, which comes via five game/wild logos. The game logo also pays the next two largest prizes, including 250x (four symbols) and 50x (three). The assassin in her black kimono offers the only other significant payout at 50x for four symbols.

We find it odd that the game’s three biggest prizes are all wrapped up in the Dangerous Beauty icon. Given that the assassin is the main character, it seems like she’d account for one or more of the largest prizes, too. 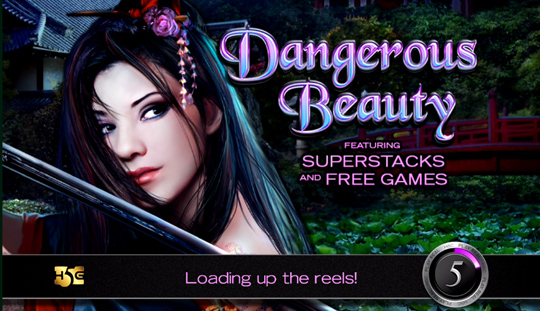 This slot is average in terms of features, offering “Super Stacks” and free spins. We’re not blown away by the features, but they’re at least adequate.

The Dangerous Beauty logo serves as the wild symbol and substitutes for everything except the jade dragon. It also makes payouts on its own, including 1,000x for five icons, 250x for four, 50x for three, and 10x for two.

This game randomly selects symbols to turn into Super Stacks, which is a full reel of the same icon. Sometimes you receive multiple Super Stacks in one round, while other times you get zero. The hope is that you can land the same symbol in adjacent Super Stacks and collect a large win.

The jade dragon, which only appears in reels two, three, and four, is a scatter symbol that triggers free spins. This icon doesn’t perform any other function, such as awarding scatter payouts. This is unfortunate considering how many other slots feature scatter prizes.

You trigger free spins by landing three jade dragon Super Stacks in reels two, three, and four. It might sound hard to fill three reels with stacked symbols. However, we were able to trigger the bonus twice in less than half an hour.

You receive seven free spins, and the reels spin automatically. The bonus is the only point when autoplay is enabled. The background changes to a lovely autumn scene during free spins.

Who is Dangerous Beauty ideal for? 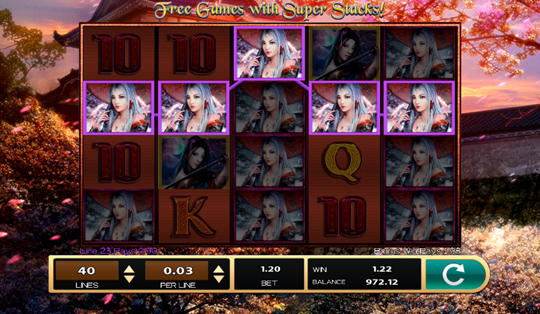 Dangerous Beauty is great for low rollers who appreciate frequent wins. Players can bet as little as one penny ($0.01 line bet/one line) or use all 40 lines for $0.40. The volatility is low thanks to the Super Stacks forming many wins.

This slot won’t appease those who want huge payouts and great features. Dangerous Beauty doesn’t include a jackpot nor large regular prizes. Its features are decent, but they are nothing to get overly excited about.

Two similar slots from High 5 include Jaguar Princess and Silk and Steel. Jaguar Princess boasts the same type of realistic graphics as Dangerous Beauty. It also features a lovely Amazon woman who has a mystical connection with jaguars and panthers.

Silk and Steel revolves around different types of Asian warriors, including a female lead character. The graphics and setting differ from Dangerous Beauty, but the female warrior element is similar.

Good graphics: Most of the symbols feature strong detail, including the assassin, leopard, panther, jade dragon, and wild icon. The only symbols that don’t stand out are the letters and number.

Low bets: This slot offers the chance to play for just one penny in real-money mode. All 40 lines can be played for $0.40 per spin.

High RTP & low volatility: The 96% RTP and low volatility combine to ensure frequent payouts. Many of these wins are formed by Super Stacks. 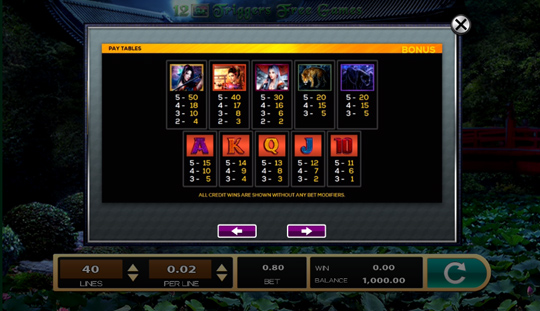 No jackpot: Dangerous Beauty is not a game for those seeking huge payouts. Its top prize is 1,000x the line bet, while the second-highest payout is a measly 250x.

Limited gameplay options: The lack of autoplay forces players to manually spin the reels every round. Sound can be turned on/off, but this option is standard in almost every slot.

Generic music: The sound effects during winning combinations are a nice touch. However, a run-of-the-mill tune plays while the reels are spinning.