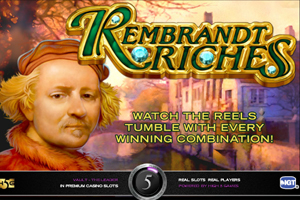 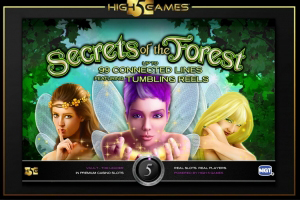 The Secrets of the Forest slot 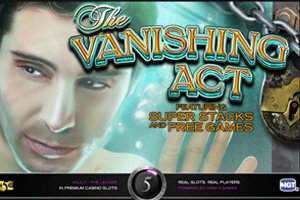 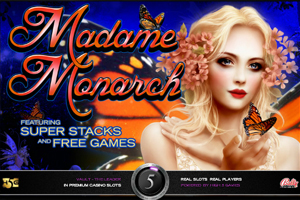 Players who enter the world of China Mystery are taken back in time, complete with Chinese script and gongs. However, the slot quickly shows its modern technology with a bonus round that offers the Balance of Fortune opportunity available in only a few select casino games.

Konami Games produced this hit game in 2009, and the title continues to be popular in online casinos and as a slot machine in live casinos. The unique bonus is its signature feature, but the Action Stacked symbols round the 3×5 reels outlined by a golden dragon.

Few games are more dedicated to the Chinese culture and bringing players into its world.

The Chinese woman who introduces the slot appears as a symbol throughout the game, complete with her traditional bamboo hat and youthful eyes – and even a swirling cape if she completes a payline.

Other symbols are golden turtles, blue ceramic pots, and pink lanterns, along with the usual 9 and 10, Jack, Queen, King, and Ace.

The gong symbols are unique to this game. Appearing on the correct reels from the left, they trigger the bonus round with a gong sound that sparks excitement ahead of the special feature.

While there is no background music, which would surely enhance the overall player experience, all is forgiven when the payouts begin.

China Mystery offers 30 paylines on the five-reel game, and all paylines begin with the left-most reel.

With a minimum bet of $0.30, the game is very player-friendly, offering all 30 paylines to even low-limit customers. The bets per line increase from one to two, three, four, five, eight, ten, and 20, with the maximum set at 50 bets per line. This allows for a maximum bet of $15.00.

Players search for the Chinese woman in the pointed bamboo hat – she serves as the wild symbol on the second, third, fourth, and fifth reels. She substitutes all symbols and can signify big payouts if placed correctly on the reels.

The gongs are an even better symbol to hit – three of them trigger eight free spins or the choice of a random credit prize concurrent with the betting amount. Four gongs produce ten free spins; five trigger 15 free spins. More gongs continue to multiply the number of spins or increase the chosen credit prize.

The highest payline includes the Chinese symbols – five of them pay 1,000 credits. The turtle pays 500 for five of them, pots and lanterns pay 250, and gongs pay 100.

Because this is an older Konami Games product, there is no specific jackpot. However, the game offers chances for high payouts by hitting reels full of high-paying symbols like Chinese symbols or golden turtles. The secret to finding the game’s special feature is triggering the bonus round, at which point players will discover that they are in control of the outcome of the bonus. This feature makes China Mystery special and so different from other casino games.

The beautiful Chinese woman is the wild symbol and two or more of her on the reels produce a spinning, whimsical feature that increases that payline. She may not appear often – perhaps that is the mystery – but she pays well when she does.

The round gong symbols are the sought-after pictures that players want to see, and they can appear on any reels. Three of them trigger eight spins, gongs on four reels trigger ten, and five gongs offer 15 free games, with more on each reel multiplying those spins.

The game then awards the player for the payline and takes them to the bonus round where all payouts are automatically doubled.

Upon claiming the free spins, players are taken to the special Balance of Fortune screen, at which point they must make a decision. They may choose to spin, which is the option on the right of the screen, or they may opt for the credit prize on the left. Players who like to avoid high-stakes slots tend to enjoy China Mystery because there is little confusion about the betting – there are no varying denominations, and the maximum bet is only $15.00.

Anyone fascinated with Asia, specifically China, will be attracted to the vivid colors of China Mystery and its beautiful symbols. Those seeking a unique and fun way to play a bonus round will keep returning to China Mystery to see how many spins they can win or how high the random credit prize may be for a significant payout.

The most similar Konami Games product to China Mystery is China Shores. Both titles feature the Balance of Fortune choice in the bonus round, and many of the symbols in the games are identical.

Other games with a similar theme include China Reels, China Dream, China Festival, Lion Festival, and Lady China. Additionally, titles with similar bonus and wild features in the Konami collection include Rhythms of Rio, Mayan Chief, and Lago di Amore.

Balance of Fortune feature: The special bonus round in China Mystery offers players a choice: Play out the free spins and see what paylines add up or choose the credit prize for a randomly selected prize that can vary greatly. It presents the classic gambler’s conundrum and keeps players returning for another try. Lucky symbols: Players seeking symbols that represent luck may be drawn to the Chinese mystery woman, the symbols and gongs, or even the dragon surrounding the reels. Superstitious players and those who believe in the magic of the Chinese culture will find everything they want in this game.

Low-dollar play: With the minimum bet of $0.30 offering the same chance of hitting the bonus round and wild symbols as the maximum $15.00 bet, players of all bankrolls are treated equally in this game.

Name recognition: Not only is Konami Games a familiar and trustworthy company, but China Mystery has been in casinos and online for nearly a decade. This assures players that they are getting fair play and a solid product.

No varying denominations: Players who want to bet big, especially when on a roll, will be disappointed that they cannot bet higher than $15.00 per spin on China Mystery. Younger customers are becoming accustomed to being able to choose denominations on newer titles, and they may miss that choice in this older title.

No jackpot: The lack of a big jackpot may turn some people away as they often gravitate toward jackpots that make them feel like they’re winning more than the average player.