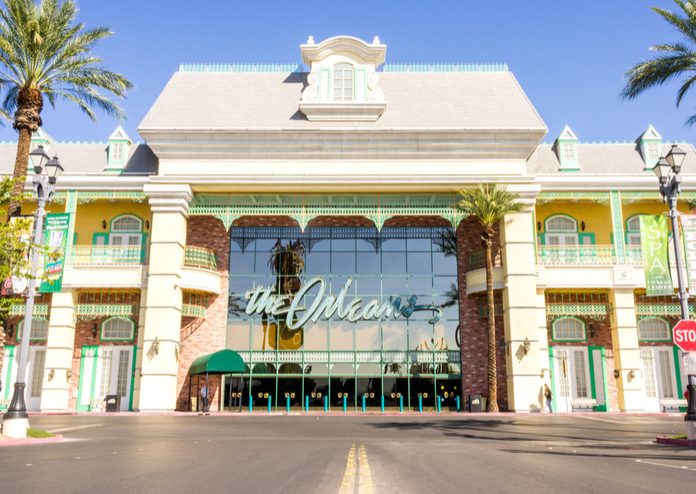 Video poker players may want to head to Boyd Gaming‘s most popular Las Vegas casinos during the month of August, where hitting a royal flush could mean a windfall.

The Orleans Hotel & Casino and Gold Coast Hotel & Casino are both taking part in Boyd Gaming’s Video Poker Double Your Royal promotion, offering players who hit a royal flush up to $4,000 in Slot Dollars in addition to any cash jackpots won.

The royal flush is poker’s top-ranked hand. It is a straight flush including the ace, king, queen, jack, and ten all in the same suit. The odds of hitting a royal flush on the initial deal on any video poker machine are 1 in 649,740. Of course, these odds improve on the draw:

The Orleans Hotel & Casino and Gold Coast Hotel & Casino promotion is running Aug. 6 through 31. However, it only runs Sunday to Thursday, meaning players will have to settle for just the regular jackpot if they hit a royal flush on Friday or Saturday.

The promotional prizes vary with the size of the wager:

All prizes are paid out in Slot Dollars that are good for video poker machines and slots at the Orleans Hotel & Casino and Gold Coast Hotel & Casino.

B Connected is Boyd Gaming’s player loyalty club for casinos throughout the United States. The club includes three levels: Ruby, Sapphire, and Emerald. Players can earn and redeem points at 17 Boyd Gaming casinos across the country. Membership also includes a number of privileges and benefits.

The Orleans and Gold Coast

The Orleans Hotel & Casino first opened in Paradise, Nevada in 1996 and features a 135,000-square-foot casino. The property is less than a mile off the Las Vegas Strip on Tropicana Ave.

Additional amenities on site include:

The property features an 87,000-square-foot casino and a 70-lane bowling alley.