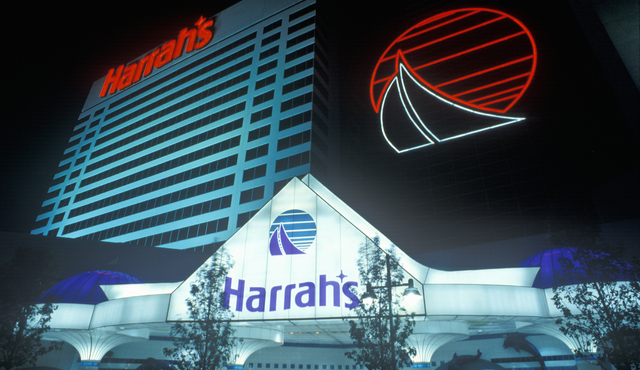 There’s still time to win a share of $150,000 in cash and free play through the $150K Winter of Jackpots promotion at Harrah’s Resort Atlantic City.

Plus, the 2018 Quest for Rewards promotion continues at the property through the end of March. This promotion gives players the chance at one million Total Rewards Credits.

As a result, the first few months of the year appear to be a great time to visit Harrah’s and other Caesars Entertainment properties in Atlantic City and beyond.

The $150K Winter of Jackpots promotion kicked off Jan. 1 and will run all the way through March 3.

Total Rewards members receive one free entry into the March 3 finale drawing each day they swipe their Total Rewards card at designated promotional kiosks at Harrah’s. Plus, members earn one additional entry for every 25 Total Rewards Tier Credits earned before March 3.

Additionally, Total Rewards members can earn five times the entries on Tuesdays throughout the entire promotional period. The casino holds its 5X Earned Entry Days every Tuesday from Jan. 2 to Feb. 27. The earnings period on Tuesdays runs 24 hours from 6 a.m. to 5:59 a.m.

The promotion’s March 3 finale includes a draw for $150,000 in cash and free play with spins on a high limit machine. Total rewards members must activate their entries by swiping their Total Rewards card at promotional kiosks.

Caesars Entertainment and Total Rewards are offering program members the chance to win up to one million Total Rewards Credits in the first few months of 2018 through the 2018 Quest for Rewards promotion.

Earn 25 Tier Credits playing slots and receive a Gaming Badge at that property. The same goes for table games.

All Total Rewards members who earn up to 54 Badges will receive:

Total Rewards members who earn anywhere from 55 to 81 Badges will receive:

Win up to one million Total Rewards Credits

After the promotional period wraps up on March 31, eligible Total Rewards members will automatically enter the prize drawing.

There are more than 60 prizes available in the draw, including: