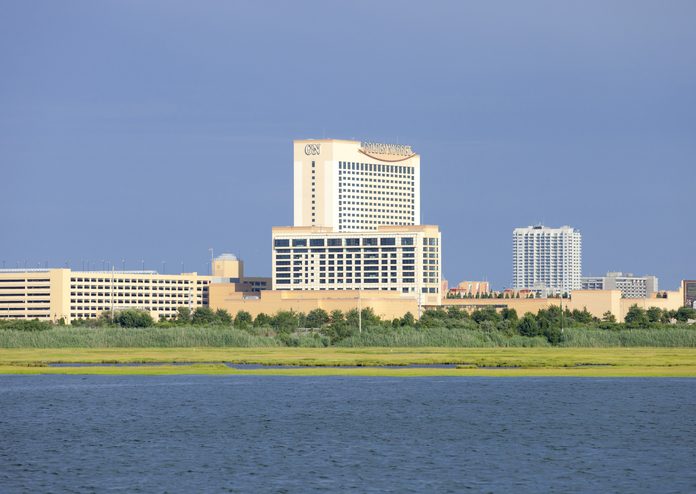 There’s a grand opportunity for gamblers at Golden Nugget Atlantic City during the month of May.

In fact, the Atlantic City casino is offering free self-parking all month long and a number of promotions for 24 Karat Select Club members.

Members of the club are eligible for exclusive slot, table game, and poker tournaments, as well as giveaways, sweepstakes, and other events.

Plus, they earn benefits through play at Golden Nugget Atlantic City, including:

Golden Nugget Atlantic City is running a 2017 Jeep Wrangler Giveaway sweepstakes for 24 Karat Select Club members throughout the month of May.

Entries can be earned from May 1 through May 29. Five-times bonus entries are available every Tuesday and Thursday in May.

Players earn one entry for every 25 Tier Credits by playing with a 24 Karat Select Club card at any slot machine or table game.

The Grand Finale Drawing will be held Monday, May 29 at 4 p.m., inside the Main Atrium at Golden Nugget Atlantic City. Six winners will be chosen as finalists. There will be one grand prize winner driving away in a 2017 Jeep Wrangler. All other finalists win $1,000 in free play.

Golden Nugget Atlantic City is also hosting a Bingo Bonanza at The Grand on Mondays in May. Five thousand dollars in cash will be awarded in each of two bingo sessions at 2 p.m. and 7 p.m. Mondays, May 1, 15, 22, and 29. The promotion will also run Mondays in June.

24K Select Gold and Premier cardholders have to earn 20 Tier Credits on the day of the event to enter. However, entry is free for all Chairman– and Elite-level cardholders.

Finally, Golden Nugget is running a Tier Credits Multiplier promotion May 7, 14, and 21, plus Friday, May 12.

24 Karat Select Club members earn Tier Credits allowing them to qualify for higher tiers in the club with all game play at the casino. Players move up to the Premier level when they earn more than 4,000 Tier Credits, and benefits increase.

Obviously, the month of May represents a great opportunity to climb tiers in the 24 Karat Select Club and earn even more rewards and benefits going forward.