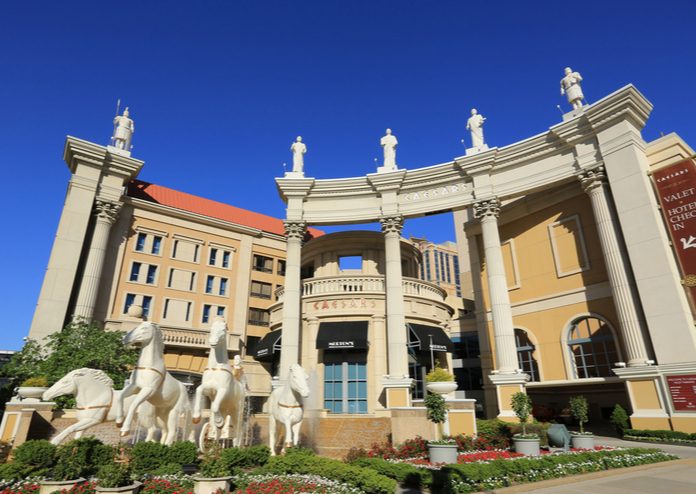 Winners may only receive one prize during the 1 p.m. to 8 p.m. drawings. However, those winners can still claim a prize in the final 9 p.m. drawing.

In this final drawing, Caesars calls three names. Each selects an envelope, revealing a prize. The possible prizes include one $12,000 free slot play certificate, one $15,000 certificate, and the grand prize of $25,000 in free slot play.

The certificates apply only to slot or video poker machines on the property. Winners can, of course, cash out their winnings.

All Total Rewards player loyalty club card holders are eligible to take part in the $100,000 Gladiator Challenge Finale. Members receive one free entry when they swipe their card at a Caesars promotional kiosk during the stipulated period. The promotional period runs 11 a.m. until 8:45 p.m. on Dec. 30.

Total Rewards card holders also receive one additional entry for every 25 Tier Credits earned during the period. Earn these credits through slot or video poker machine play and rated table game play. Simply use a Total Rewards card while playing and the credits accrue.

After playing, Total Rewards card holders must activate their entries by swiping their card at the aforementioned kiosks. Members must swipe the cards for entries to be eligible for the drawings. (Invited Total Rewards members also receive bonus entries.)

Winners must be in the casino to claim any prize and will have 15 minutes to claim it after the drawing. Would-be winners forfeit any unclaimed prizes, and the casino won’t draw additional names.

It became Caesars Boardwalk Regency in 1983 and was renamed Caesars Atlantic City in 1987. Caesars now features more than 1,100 hotel rooms and a 145,000-square-foot casino. The casino hosts more than 3,000 slot machines and 135 table games.

Total Rewards is Caesars’ player loyalty program. It is one of the largest and most popular casino loyalty programs in the US. Members can earn and redeem Total Reward points at approximately 40 Caesars Entertainment resorts and casinos around the world.