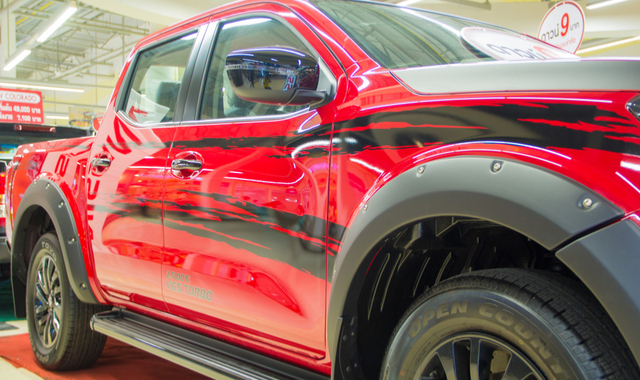 Players at all three Caesars Entertainment properties in Atlantic City are being offered the opportunity to win one of three red, white and blue Ford F-150 trucks on the weekend before the Fourth of July.

One truck will be awarded through a sweepstakes at each location. This includes a white truck at Harrah’s, red at Caesars, and blue at Harrah’s.

The draws will be held at each location on Saturday, June 30. The Fourth of July falls on the following Wednesday this year.

A total of five winners will be drawn at each location.

Winners must be present to claim a prize. They have just 15 minutes after the draw to do so. If a winner does not claim the prize in time, the casino will draw another name until a winner is identified.

Players receive one free entry into the draw every day throughout June. Plus, they can earn an additional entry for every 25 Total Rewards Tier Credits earned.

Additionally, on Thursdays in June, guests can earn five times the entries from 6 a.m. until 5:59 a.m. local time the next day. Players must activate their sweepstakes entries by swiping their Total Rewards card at a promotional kiosk.

Although they can earn entries at all three, players should activate entries at the property where they plan to be present for the drawing.

All Total Rewards members will receive a Mystery Return Rewards multiplier ranging from three times to 100 times. There’s no need to opt in; participation is play-based.

Total Rewards members can log in to their play by TR mobile account between Monday, June 18 and Sunday, June 24 to reveal their individual multiplier. Then, show up June 24 and earn rewards at the multiplied rate.

Poker players earn Reward Credits based on the type of poker game and length of play. Finally, members earn a single Reward Credit for every $1 spent on hotel accommodations, restaurants, and retail outlets at Caesars properties.

Finally, the program is tiered and members enjoy increased benefits and earning power by moving up tiers. Players move up by earning enough Tier Credits to cross specified thresholds.