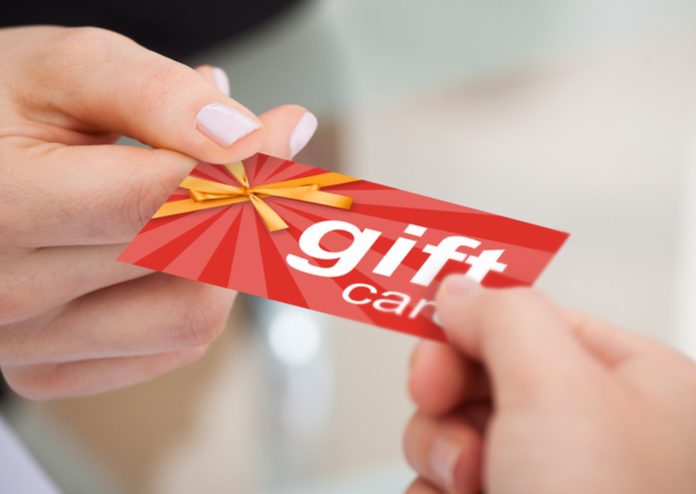 Caesars Entertainment properties in Atlantic City are giving away $150,000 in luxury retailer gift cards this weekend.

Drawings will take place Friday, Nov. 24 and Saturday, Nov. 25 offering a chance to win a share of $150,000 in Louis Vuitton, Coach and Gucci gift cards. A total of $50,000 worth of gift cards will be awarded at each Caesars property. Caesars Entertainment properties in Atlantic City include Bally’s, Caesars, and Harrah’s.

One winner will be drawn every 10 minutes from 5 p.m. to 10 p.m. at all three properties on both days. Winners will have 15 minutes to claim the prize. All unclaimed prizes will be forfeited.

Players can earn entry into drawings at all three properties on both days. However, only one prize can be claimed.

All Total Rewards player loyalty program card holders will receive one free entry at all three properties. Plus, they can earn one additional entry for every 25 Tier Credits earned at each property.

Entries must be activated each day by swiping a Total Rewards card at the promotional kiosks at the properties. If a member only activates entries on Friday, they are only eligible for the drawings on that date.

Harrah’s Resort was the Atlantic City Marina District’s original hotel and casino. It was built as the flagship property under the Harrah’s brand.

The property opened in November 1980 as Harrah’s Marina Resort. The casino has since expanded and now includes 177,000 square feet of gaming space, with more than 5,500 slots and video poker games. It also hosts close to 140 table games and a 40-table poker room.

Caesars Atlantic City Hotel & Casino first opened as the Boardwalk Regency in 1979. It was just the second legal casino to open in Atlantic City.

In 1983, it became Caesars Boardwalk Regency, and in 1987 it was renamed Caesars Atlantic City. The casino has since been expanded and two more hotel towers have been added. Caesars now features more than 1,100 rooms and 145,000 square feet of gaming space with more than 3,000 slot machines and 135 table games.

Bally’s Atlantic City opened on The Boardwalk in 1979. It has gone through several changes over the years, but now features 220,000 square feet of gaming space with over 5,000 slot machines and table games. The property also features the WSOP Poker Room at Bally’s with action on 42 tables.

Total Rewards also maintains a loyalty program partnership with New Jersey hotelier Wyndham Worldwide. This allows members of either loyalty rewards program to have their status matched on the other. Plus, members of both can earn points at either properties and transfer points between the two.