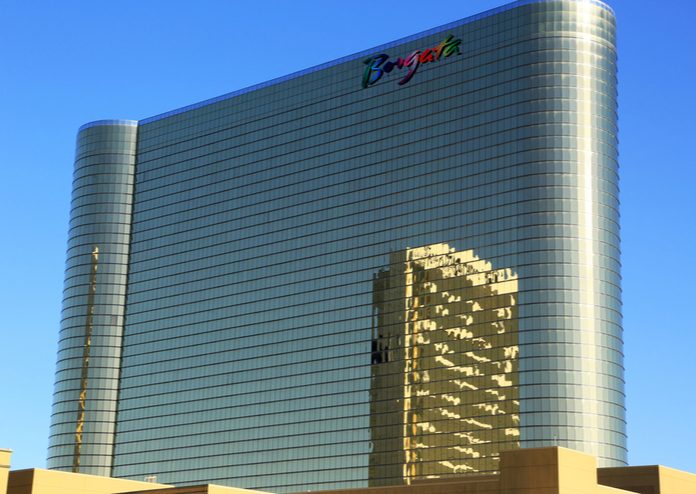 The Borgata Hotel Casino & Spa in Atlantic City is giving away $1 million in cash and Bonus Slot Dollars over the course of the upcoming NFL season.

It all kicks off in September as a part of the Borgata Pro Football Challenge $1 Million Football Sweepstakes. Plus, entry is free for members of the Borgata’s M life Rewards player loyalty program. The first day of games for the sweepstakes is Sunday, Sept. 10.

To enter each week, players need to visit the designated Borgata Pro Football Challenge kiosks on the property. Once there, they must insert their M life Rewards Card and enter their PIN number. Then, they have to pick winners for all Sunday and Monday NFL games and enter a combined score for a designated tie-breaker game.

A total of $10,000 in cash will be awarded weekly through the first 20 weeks of the NFL season: that’s the whole regular season and the first three rounds of the playoffs. The cash will be awarded to the player (or players) with the highest number of correct picks. In the case of multiple winning entries, a tiebreaker will be used to determine one $5,000 winner, and the rest of the winning entries will split $5,000.

Additionally, $40,000 in Bonus Slot Dollars will be randomly awarded to 2,000 participants every week — $20 for each winner.

Once the NFL season is about to crown its victor, the Borgata will up the ante even more. During the Conference Championship and Super Bowl weeks, the casino will give away $60,000 in Bonus Slot Dollars to 2,000 randomly drawn winners — $30 a player.

Bonus Slot Dollars must be used at slot or video poker machines at Borgata. Of course, players are entitled to cash out and keep any winnings.

Finally, $40,000 in prize money will split between those who correctly pick the winner of the season-ending Super Bowl on Feb. 4. A tiebreaker will decide who takes home the $20,000 guaranteed top prize. The other $20,000 will be split among anyone else correctly picking this season’s champion.

This isn’t just a contest for the sharps. Even those with very little NFL knowledge can play. The kiosks offer a Quickpicks button that will make players’ game selections for them.

Players receive up to seven free entries each week through the regular season. Plus, they can have six entries through the first two playoff weeks, and 14 total entries during the Conference Championship and Super Bowl weeks.

It should be noted the Borgata and the contest are not affiliated with the NFL. In fact, official promotional material for the sweepstakes refers to the NFL as “Pro Football” and the Super Bowl as “The Big Game.”

Each week, the winners will be posted on Borgata’s website after 5 p.m. local time on Tuesdays. Prizes will be available at the cashier’s cage at that time. Winners will also be notified by email.

The Bonus Slot Dollars will be automatically added to players’ M life Rewards accounts. They can be downloaded after 6 a.m. on Wednesdays. All winners have 30 days to claim cash prizes or download Bonus Slot Dollars.