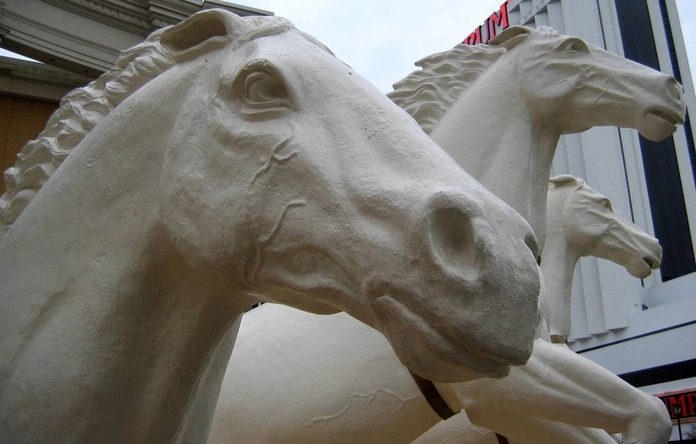 Caesars Entertainment properties in Atlantic City are giving gamblers the chance to earn up to 100 times the Total Rewards points on Sunday, March 18.

Plus, those points will be worth twice as much in free play on that day.

In fact, all Total Rewards members will receive a Mystery Return Rewards multiplier ranging from two to 100 times they can use to earn big time at Bally’s Atlantic City, Caesars Atlantic City Hotel & Casino, and Harrah’s Resort on March 18.

Players can log in to their Total Rewards mobile account to reveal their individual multiplier. They can do this between Monday, March 12 and Sunday, March 18. However, the multiplier can only be used March 18 from 6 a.m until 5:59 a.m. the next day.

There’s no need to opt into the program. Additionally, all Mystery Return Rewards multipliers can be viewed at Promotional Kiosks the day of the promotion.

Total Rewards members at all three properties will also be able to exchange Reward Credits for free play at a special rate on March 18.

The exchange can be made at the special rate at Bally’s, Caesars, or Harrah’s in Atlantic City anytime from 10 a.m. to 6 p.m. on March 18.

Members earn one Reward Credit for every $5 played on slot machines and $10 on video poker machines. Table game players earn Reward Credits based on the type of table game played. Plus, the average bet and length of play are taken into consideration.

Poker players earn Reward Credits based on the type of game and length of play.

Then, Caesars Entertainment’s Harrah’s Resort marked the first resort and casino built in Atlantic City’s Marina District. It was the original Harrah’s brand flagship property when it opened in November 1980 as Harrah’s Marina Resort.

The casino now includes 177,000 square feet of gaming space. This constitutes more than 5,500 slots and as many as 140 table games. Harrah’s Resort is also home to a 40-table poker room.